Michelle Barton has been named executive vice president and chief financial officer of AmericasMart® Atlanta and its AMC, Inc. parent entity by action of the AMC Board of Directors, according to Jeffrey L. Portman, Sr., vice chairman, president and chief operating officer. 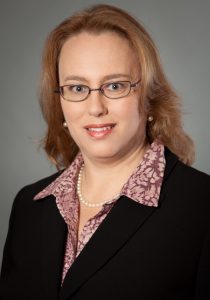 Her advancement affirms Barton’s sustaining contributions to AmericasMart’s continuing growth over her 18-year AMC, Inc. tenure, in which she most recently served as senior vice president and chief financial officer.

“Michelle’s impeccable financial stewardship is a singular hallmark of our corporate governance,” Portman notes.  “As AmericasMart’s global franchise and influence continues to expand, her deep experience, expertise and world view play a huge role in helping to accelerate that growth,” Portman adds.

Barton is responsible for all AmericasMart registration services and assists in the implementation of strategic technology enhancements supporting various AMC assets and operations.  During her tenure she has overseen the construction cost-accounting for AmericasMart’s one-million-square foot expansion opened in 2008, and has worked closely with lenders on various AMC financings.

Before joining AMC, Inc. in 2003 as vice president and controller, Barton served as corporate controller of New World Communications Group before its acquisition by News Corporation.  She began her career at Ernst & Young in 1986, where she rose to the level of Audit Manager.  Barton is a Certified Public Accountant.