Mary Sullivan Harper, who since 2011 has served as senior vice president of Leasing for AmericasMart Atlanta’s Building Two gift showrooms, will now head all Building Three apparel showroom leasing in a significant expansion of responsibilities, according to Jeffrey L. Portman, vice chairman and president of AmericasMart parent AMC, Inc. 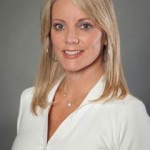 Harper began her AmericasMart tenure in 1997 as vice president of gift leasing.  That role expanded in 2006 to the leasing and management of the Living & Entertaining: Gifts, Tabletop & Accessories category, with another promotion following in 2011, when she was named senior vice president of

Leasing for Building Two and the then-new West Wing expansion.

“Among her many talents, Mary excels in building lasting partnerships, delivering sound advice and helping lay paths to success for our large and growing Building Two showroom community.  She is well-equipped to lead our apparel permanent exhibitor population with new vision, new energy and fresh collaborative approaches,” Portman adds.

Harper has long been recognized as a leader in the U.S. gift industry, having been named a “Next Generation Gift Leader” by Gift & Decorative Accessories Magazine in 2010. She is a graduate of Auburn University. AMC is a member of the ORIA